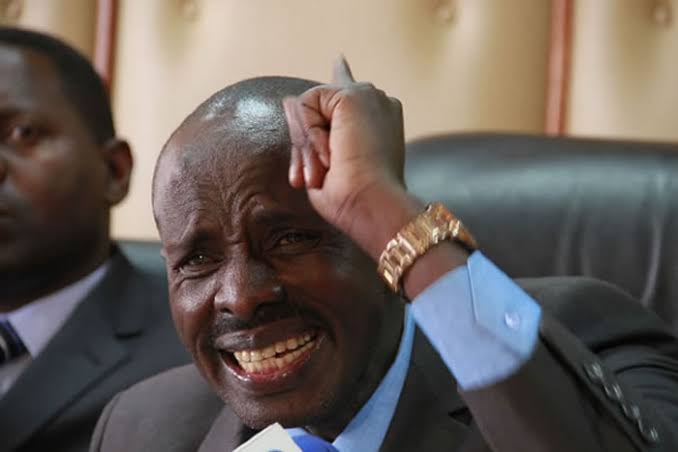 The Kenya National Union of teachers (KNUT) has asked the government to urgently release the 30 per cent capitation allocated to schools to pay support staff and for utilities.

According to the Daily Nation, The officials from Union’s Kakamega branch expressed worry after several cases of theft in schools were reported.

They said that school properties are at stake since there’s no security.

Since schools were closed following Corona Virus outbreak in March,the guards have not been paid hence no guarantee of security.

“The property in schools is at stake because the guards hired by the institutions and other support staff have not been paid after schools were closed in March following the outbreak of the coronavirus pandemic.

“This is a matter the Ministry of Education needs to address urgently to ensure school property is safeguarded,” said Mr Patrick Chungani, Kakamega County Knut chairman.

The union also demanded that the government facilitates the school heads to carry on with normal operations.

Some of these include filing of returns as well as travelling to the Institutions to keep an eye on the properties and prepare reports.

Mr. Chungani said that the government seems to have abandoned its roles in ensuring maintainance of schools and that those charged with the responsibility of keeping watch are paid irrespective of the situation in the country.

If the government does release the funds,they will be used to facilitate operations such as:

He gave  examples of Lirhanda Girls Secondary School and Malone Primary School in Ileho ,Kakamega East that he said several items among them computers had been stolen.

He told the ministry to release the funds and ensure that security of schools are ensured.

On the other hand,Kenya  Union of Post primary Education Teachers asked the government to vigorously fight for  children’s rights the same way it does to corruption.

The secretary general ,Akelo Misori said that ever since the schools were closed,learners have been sexually abused in the country.

“There is a sharp rise in cases of child labour, sexual exploitation and domestic violence,” he said.

He asked Education CS to come up with a multy agency task force to include civil society stakeholders to explore ways of strengthening child protection systems.

“The Sexual Offences Act should be enforced robustly by identifying and punishing adults preying on schoolgirls during the Covid-19 outbreak,” he said.